I have got interesting experience when for the first time visiting the legendary principality of Monaco and its famous casino Monte Carlo in summer 2010. One sunny day, I flew there by helicopter to enjoy a stunning view from above, and only afterwards walked along neatly paved city streets to the casino building. In which, however, I was not able to play… 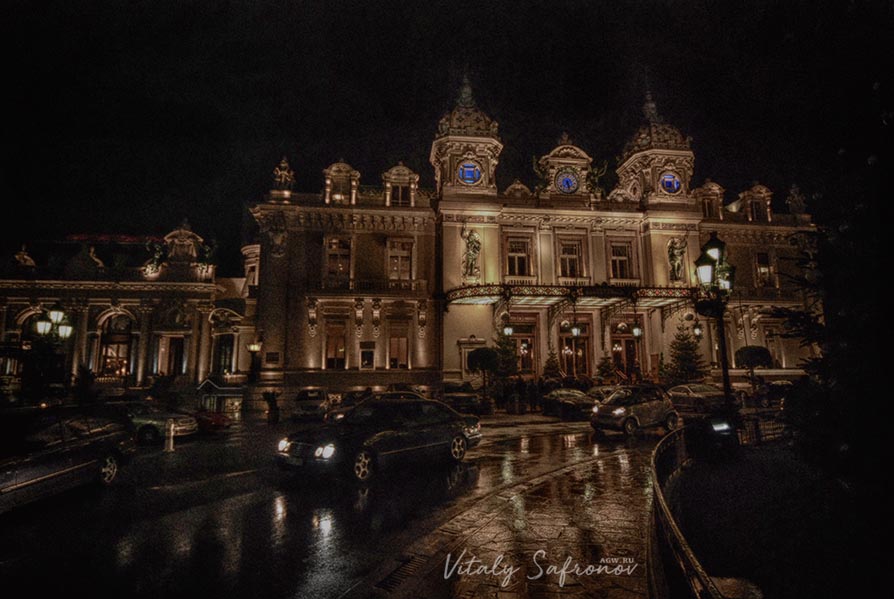 Casino Monte Carlo is the set of the buildings where several hotels, boutiques, cafes, restaurants, even an opera and, of course, casino halls are operated. The main building is a pathos palace in Eclecticism style. That is the one you can see on photos and paintings, when mentioned casino Monte Carlo. It all looks very attractive not just outside but inside as well – spacious halls, huge chandeliers and columns. Back in the mid of 19th century, when the casino was just opened, the project was huge in scale, designed to save the Principality of Monaco from financial problems.

Since the casino was opened, it has faced a lot of problems associated with the fact that every smart mind was trying to break the bank. I guess the casino Monte Carlo has been subjected to various frauds as often as no other casino in the world. As a result sort of reflex has been developed in the generations of casino employees, a fear of everything that can even be remotely and theoretically dangerous. And it had not has to be a cheating. So, there was the engineer, William Jaggers, who beat the Monte Carlo casino by looking for roulette wheels with mechanical problems and making bets on the most frequently dropped numbers. The team of brilliant students from the Massachusetts Institute of Technology (MIT), as they say, got to Monte Carlo as well to count cards in blackjack, had cashed out millions at the end. The casino had to close the entrance to all players like that. And in advance, not to tempt destiny, completely different people have been put on the “black list” in the casino Monte Carlo… I can imagine how big that list is now! And no wonder that I got on it… 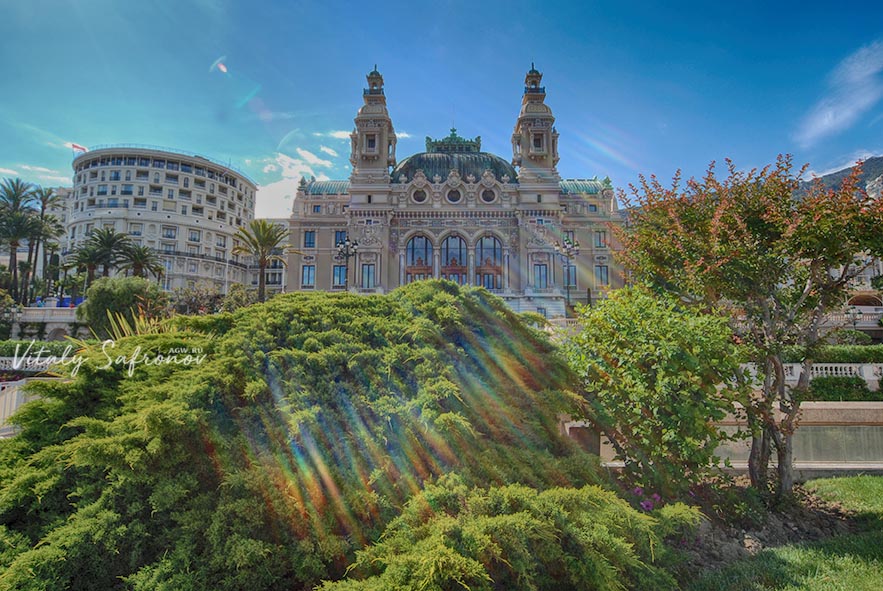 On that beautiful sunny day I entered the Monte Carlo casino, the girl at the reception desk asked me for entree fee of 10 Euros and ID. I gave my passport. She entered data to the computer and it had blinked red – the color of the alarm. The girl became nervous and asked me to wait and called the manager. He checked the information, phoned someone. In about five minutes, two men approached me, casino manager and police officer.

The manager said the casino refused to play with me because a year ago I somehow behaved badly. To my reasonable objection that I came to Monte Carlo for the first time, the manager only shrugged, redirected me to the policeman and quickly disappeared behind his back. The man of the law, a 50-year-old man, politely invited me to follow him. He led me through the huge casino hall (so I can still say that I have been at the Monte Carlo casino, and even saved 10 Euros at the entrance) and then took me to his office. We sat down and he filled the papers, stamped it and gave it to me. That was the official casino Monte Carlo blacklist in Monaco. “How come? I’ve never been in your casino before” – I asked again. He did not answer, but only looked at me sadly. I read in his eyes something like “Well, how do I know? The casino is afraid of you.., you are not the first and not the last.” We do not like to play luck “… Well, let God of Gamblers judge them – I just wanted to put couple bets on roulette and take few chips for my collection. 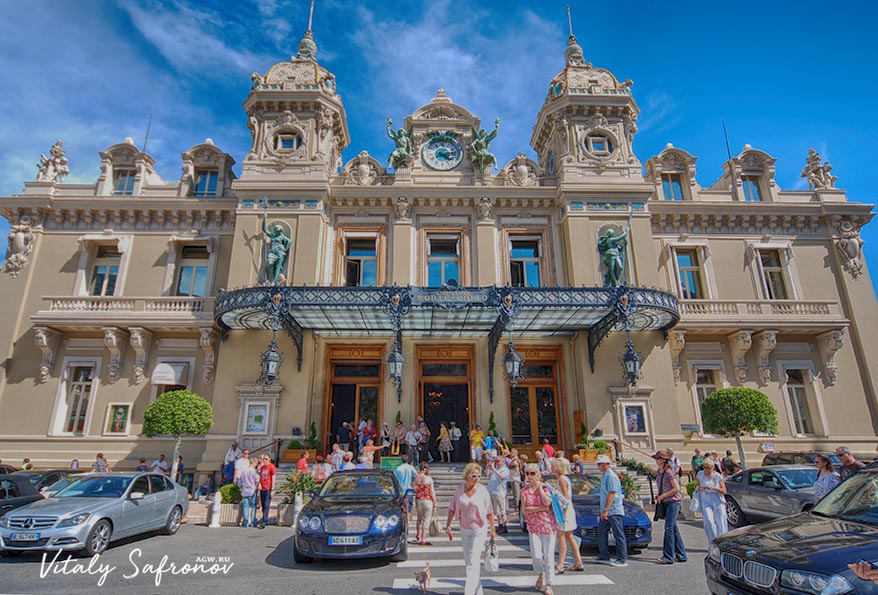 However, I still have something to brag about when it comes to chips from the casino “Monte Carlo.” In the main building of Salon De Jeux (the one I had the pleasure to walk, folowing to the policeman office) used mother-of-pearl chips produced by Bourgogne et Grasset. Usually, Russian players brought these chips as souvenirs, and I had such a chip long before I visited the Principality of Monaco myself: 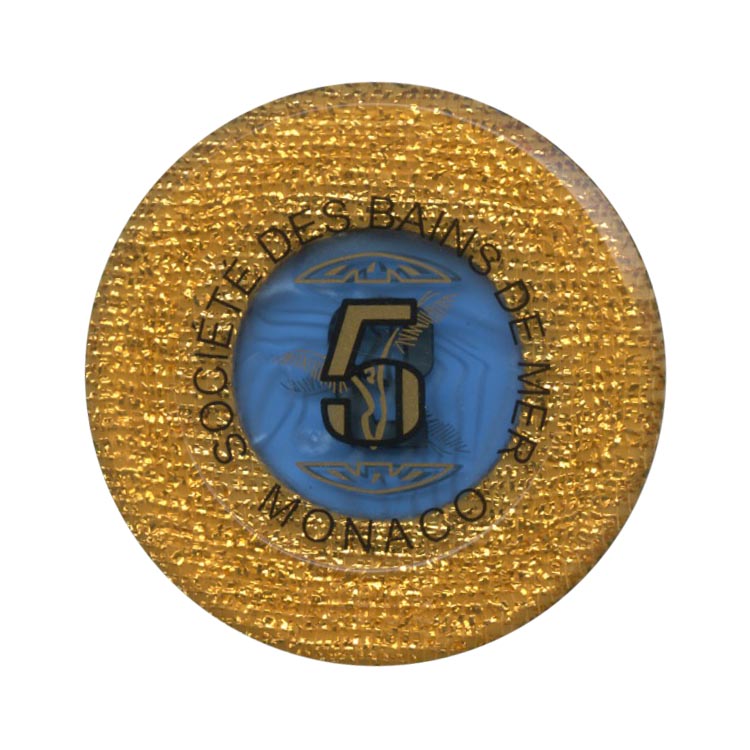 In the American salon (democratic casino floor) plastic chips have been used, well known by Russian players. That was the casino where a real game has been played, there were those who has wanted to play, but not to admire the luxury and pathos of the casino. Here is a chip from Jeux Americains: 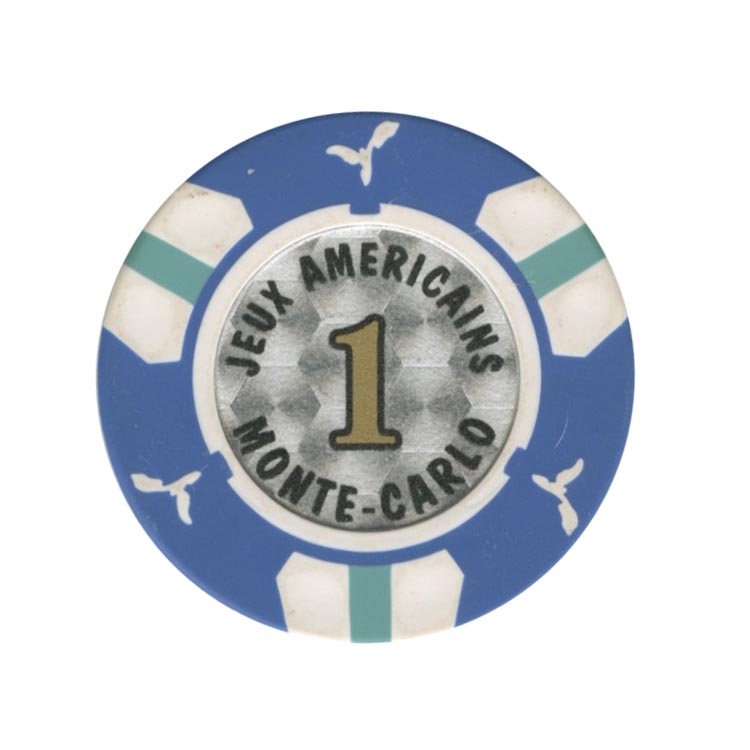 Earlier in the American salon these chips have been played: 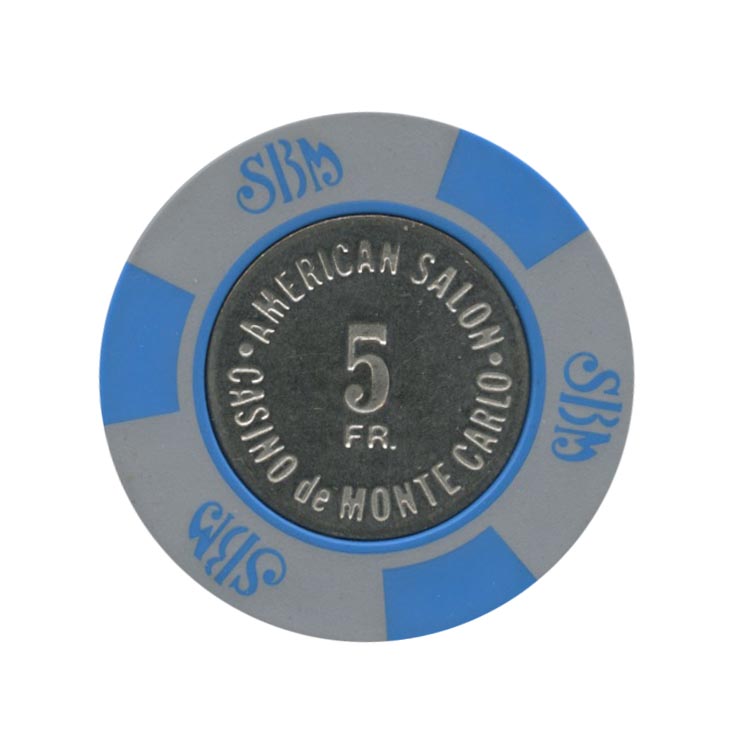 Casino chips of high denominations, which are not in use, were for sale in the official souvenir shop of Monte Carlo. The inscription on the special certificate issued together with the chips said: “It is guaranteed this chip was used in the Monte Carlo casino in the 70s of the 20th century.” Or something like that. I bought myself a chip of 1000 francs: 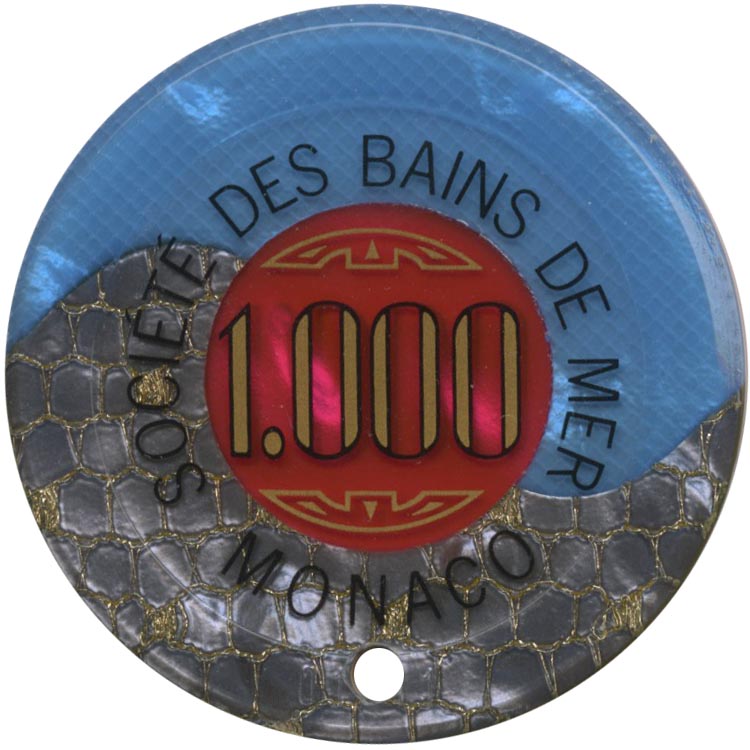